Dr. Enrico Mango is a highly regarded, board-certified orthopedic surgeon, located in Smithtown, New York who has been in private practice for over 30 years. He is also a member of the American Academy of Orthopedic Surgeons.

For his undergraduate degree, Dr. Enrico Mango attended Manhattan College. He pursued his medical degree at Creighton University. Dr. Enrico Mango continued his medical education with a surgery internship at the Long Island Jewish Medical Center followed by an Orthopedic residency at the State University of New York at Stony Brook. Upon graduation he received the “Certificate of Meritorious Achievement” from the department of Orthopedics.

During his career, Dr. Enrico Mango has been responsible for numerous contributions to his profession. In 1977, as a second year orthopedic resident, he was the editor-in-chief of “Orthopaedic Index”, an internationally distributed orthopedic literature review service. In 1985, he developed “Orthobase”, the first on-line orthopedic information system. In 1989, the two volume textbook, “Principles of Orthopaedic Practice” was published by McGraw-Hill, which he co-edited with Dr. Roger Dee, and Dr. Lawrence Hurst at SUNY at Stony Brook. 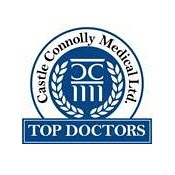 Throughout the years, Dr. Enrico Mango has been listed multiple times in Castle Connolly’s "How to find the Best Doctors," and "Top Doctors" in the New York Metro area.


Although knee and shoulder disorders encompass a large part of his practice, he also provides general orthopedic consultations and treatment.

For decades, he has had extensive experience utilizing allografts in reconstructive surgery of the shoulder, elbow, knee and ankle. Presently, Dr. Enrico Mango is one of a limited number of Long Island orthopedic surgeons in the New York area recommended to perform outpatient, partial knee resurfacing arthoplasty, utilizing the Arthrosurface technology in a highly select patient population.